Today the promenade is around 1500 metres long and runs from the city beach up to Redłowo.The local government decided to make the promenade a significant feature of the city.

The history of the Seaside Promenade began in the 1920s when work began, and continued into the 1930s when the promenade took on its current form.

Workers had to secure the slope of Kamienna Gora by planting trees and building steps.

In the middle of the 30s a concrete reinforcing support was build around Kamienna Góra with a gravel path along side it. It survived the war but was destroyed by a storm in 1949.

Only rubble remained. In 1958 the Promenade Committee was formed and 11 years later the promenade was completed and opened in 1969 during the Sea Days celebrations.

Today the promenade is around 1500 metres long and runs from the city beach up to Redłowo. It also functions as a sea barrier. In 1999 the local government decided to make the promenade a significant feature of the city.

In 2000 the city council announced a competition to modernise the promenade. The architects had to fulfill certain conditions: the buildings had to have a harmonious architectural style while at the same time complementing the sea on one side and the woods on the other. The architects also had to take into consideration the needs of both pedestrians and cyclists. 3 architectural offices took part: The Architecture Department of Gdansk Politechnic, E.Z Architect Office from Sopot and the Kwadrat Architectural Studio from Gdynia.

The competition was won by Gdansk Politechnic and the architects designed a project for 5 buildings along the promenade. 4 were devoted to restaurants while the fifth (140 m2) was located in the middle of the main beach and was designated for the life guards and their equipment. Recreational areas were also designed. 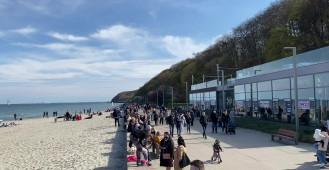 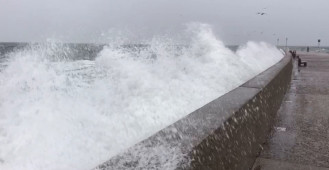 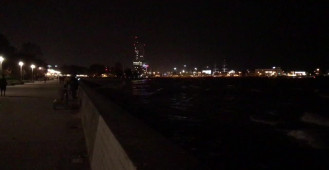 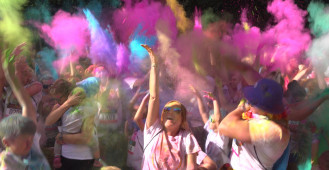 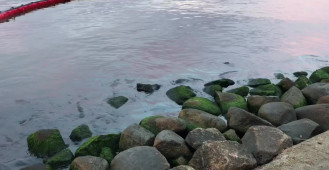